As all you good classical scholars will know, Pomona was the Roman Goddess of fruit! Pomona is also the name of a city in California which was at one time known as the urban garden. From the 19th century, many acres of  grapes, olives and citrus fruits were grown in its fertile soil. It was actually named by Soloman Gates, a horticulturalist in 1875 but amazingly before it started producing fruit.  The reason for our visit there today was somewhat less pomological!  Philip my partner has just been granted American citizenship and Pomona was the location for the official swearing in ceremony. 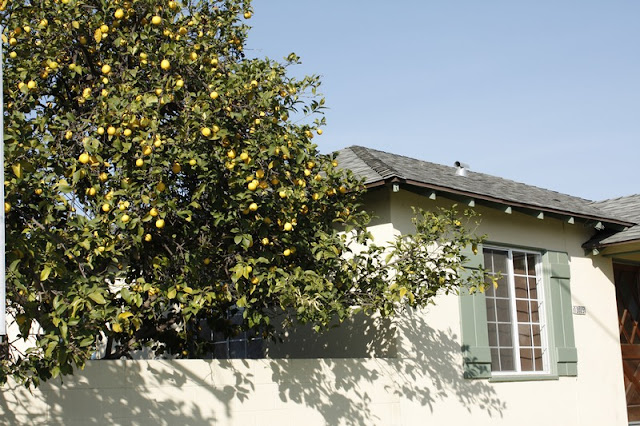 We arrived early on Tuesday evening and went in search of food at 6pm. We parked outside 'Ink'd Chronicles' the local tattoo studio which seemed a hive of activity but there it seemed to end! The streets were quiet - eerily quiet! The first restaurant was open  but empty - not a good sign! We moved on - shops were open but virtually all empty, some bars - empty, another diner - empty! We felt we had strayed into a ghost town! Eventually we  returned to the first restaurant where we were  greeted with all the warmth of Mrs Lovatt in Sweeney Todd - "a customer!" The food was good and the service, in the still empty restaurant excellent! It was happy hour - 1/2 price wine and starters 2 for 1! 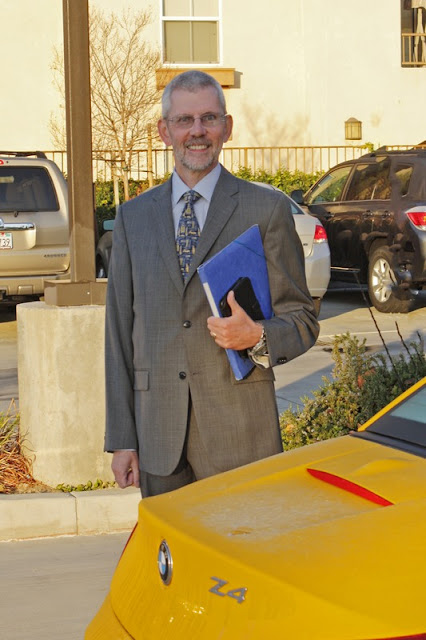 Today, whilst Philip set off for the ceremony, I took to the streets with my camera. Over the years I have found immense pleasure in looking over garden  fences, particularly in new areas to see what is growing. Inevitably there were some dreary gardens but also some interesting plants. Fruit was present in abundance in many gardens. One garden had a huge kumquat tree and at the edge of the patio a series of huge jars containing what appeared to be pickled kumquats of various ages and colours - none looked edible! 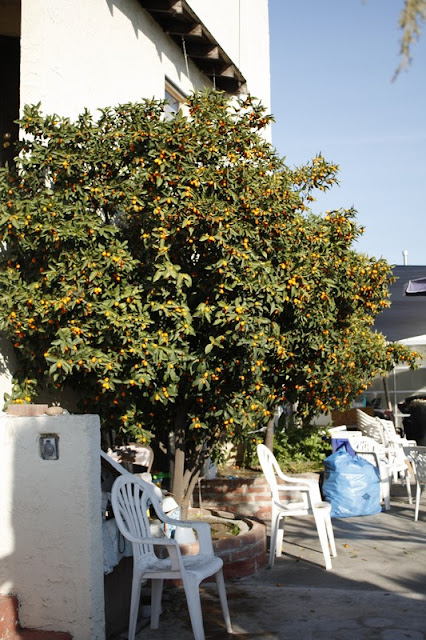 Several gardens had huge dark evergreen trees, many with tiny flowers and some with embryonic green fruits. I think these are loquats, Eriobotrya japonica but please correct me if this is wrong! This should be hardy in the UK and even if it doesn't fruit, makes a handsome evergreen. Another garden was unremarkable except for a quantity of papaya trees all bearing sizeable fruit. 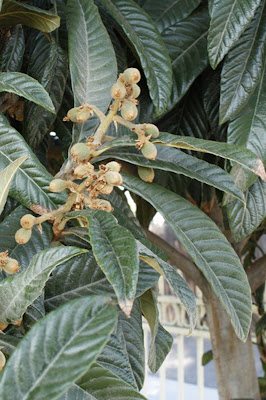 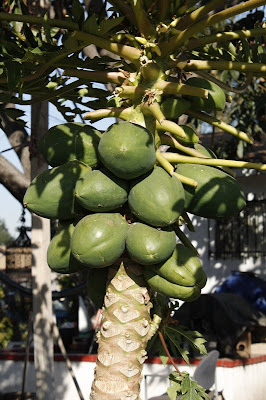 I love the way plants sometimes spill over through fences onto the sidewalk. Both this Crassula ovata, a pot plant in the UK and this colourful pelargonium are flowering freely in mid January! 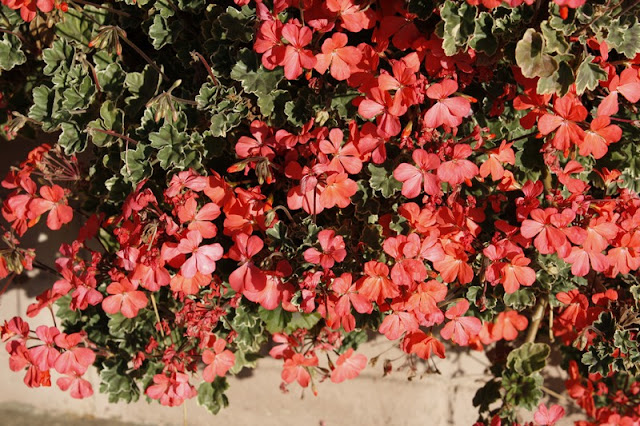 Two street trees caught my eye, the first a large but colourful tree speckled with bright pink from a distance. Closer inspection revealed that it was Schinus terebinthifolius, the pepper tree from South America. This does grow in Palm Springs but is usually so heavily pruned that it doesn't fruit. Although edible, the fruits have no particular flavour but they are sometimes mixed with other peppercorns purely for the colour! 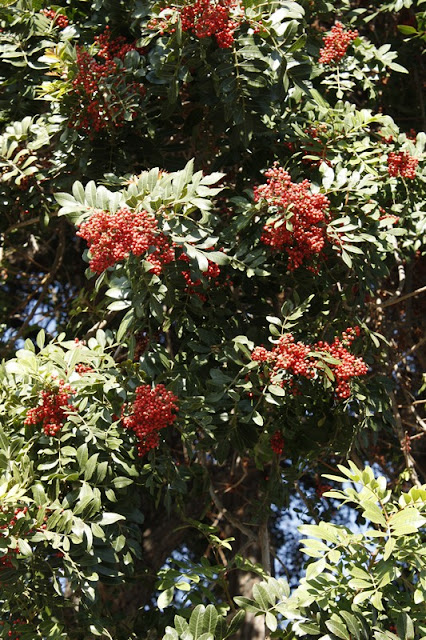 The other street tree that caught my eye was not much more than a large shrub but nevertheless very colourful. This is a member of the genus Senna didymobotrya (previously Cassia) and thanks to Clive from HTUK for the identification - you are a star! 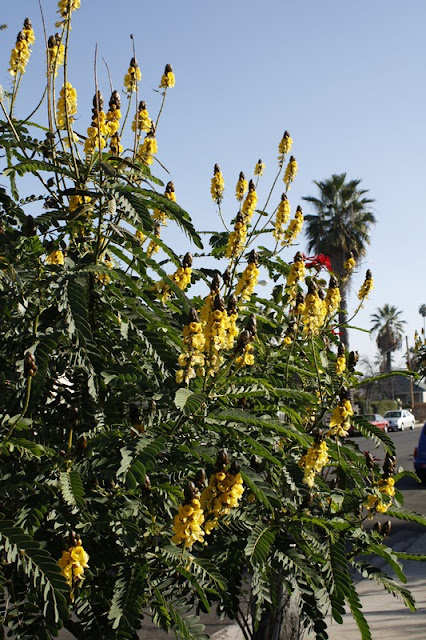 Finally I am always amazed at the plants growing successfully that seem out of context. Having walked the streets viewing Citrus, Lantana, Ficus, Bougainvillea and other tender plants, I also came across roses, camellias and this rather fine Magnolia - again - no idea of its exact identification but here it was flowering in the January sunshine! Aren't plants wonderful! 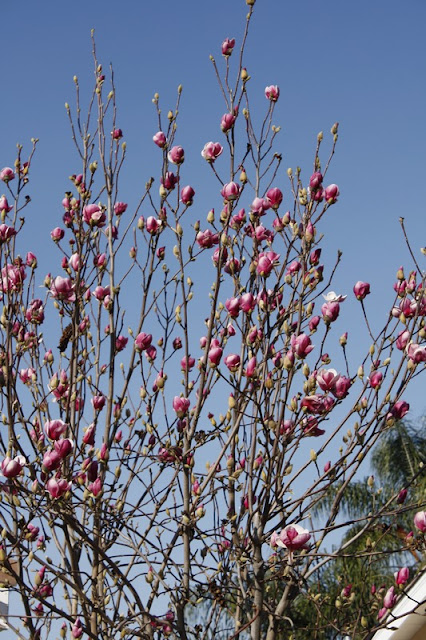