Reached San Francisco last night after a tedious four hour delay at Palm Springs airport. United and Continental had merged at the weekend and nobody thought to tell the computer systems - it was chaos! The bonus was free baggage and a free gin and tonic on the flight as the card systems weren't working! Sadly arrived too late for planned dinner with friends but consoled myself with a trip to Roccos in Folsom Street - a wonder Italian/American diner. With typical USA hospitality, they produced, at my request, Saltibocca alla Romana which I had eaten there before but wasn't on last night's menu. Wonderful! 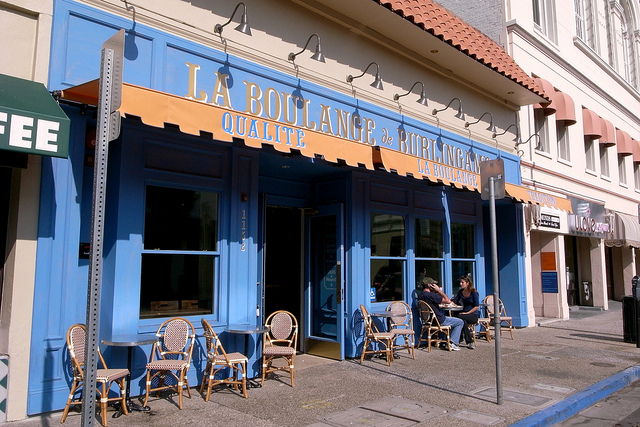 This morning I took a very chilly run up Market Street spending more time freezing at the stoplights than running but it gave me a great appetite for breakfast at La Boulange, a wonderful French style bakery in the Hayes Valley district. Fresh baked croissant with ham and scrambled egg plus a side of fresh fruit. Coffee is served in a large bowl - needs two hands! 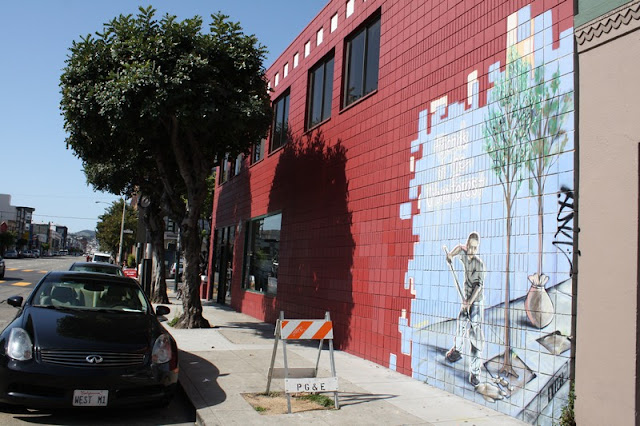 San Francisco is a beautiful city with a mild maritime climate, changing only a little from winter to summer - never very hot or very cold! The streets are filled with the most amazing range of trees all planted by Friends of the Urban Forest - a largely voluntary organisation. Where else would you find, Magnolia, Ficus, Arbutus, Callistemon, Pittosporum, Eucalyptus, Ceanothus, Cordyline, Phoenix, Photinia, Persea, (avocado) Metrosideros and a host of others all growing in the sidewalks? It's like a citywide botanic garden! But more about that after a future visit. But first the tedious flight back to the UK later this afternoon!