This year I'm growing  Nicotiana sylvestris in my own garden. Its been a favourite annual for many years and I've often used it in displays I have designed. If you want to try it, you'll find it under its new name 'Only the Lonely'. Now this isn't another case of the botanists trying to trip us up but pure commercialism. If it doesn't sell - give it a new gimmicky name! Its a great plant growing to maybe 1.5m (5ft) and producing long willowy stems with huge star-bursts of white flowers at the top. Fireworks in the flower bed! It come from South America so is not hardy and needs to be sown in spring in a greenhouse or as I did on a warm windowsill. The name sylvestris tells us that it comes from woodlands and is useful as its a bedding plant that can be used in the shade. Its also scented. Am I selling it to you? 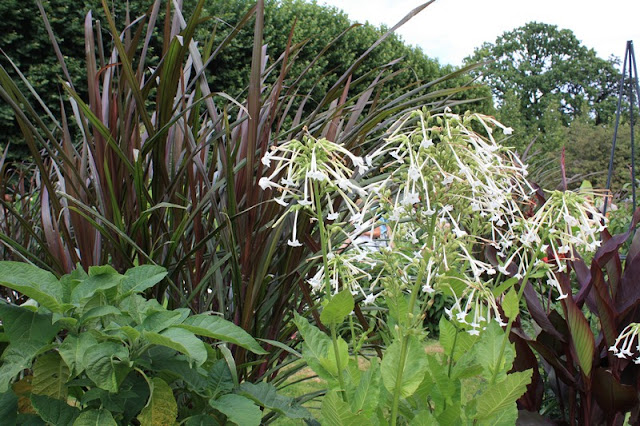 One of the particular reasons I like it is because of its height and the value that gives in a planting mix. So many plants are bred now to be dwarf and compact and most nicotianas now are short characterless plants that just provide blobs of colour with no height or grace. See these below - nice colour scheme  but totally lacking in the natural form of nicotiana. 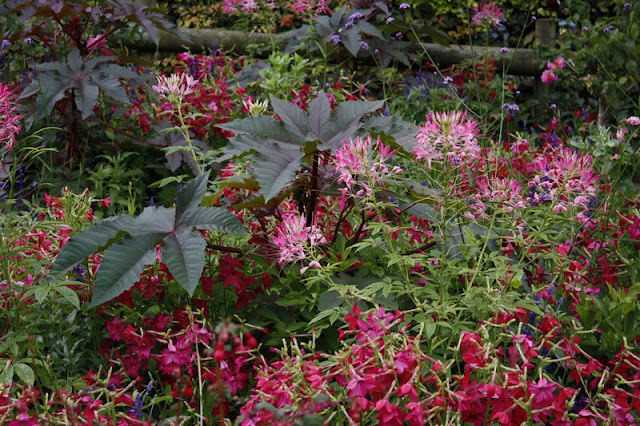 I'm hoping my plants will get to the flowering stage this summer. Last year I was delighted to find plants in a local garden centre but when they flowered, they turned out to be something entirely different, fairly tall and lime green - nice but not what I wanted. This year mine are lush and green and the flower spikes are starting to extend but for some reason, they are one by one dying off - just collapsing at the base. Probably just too wet. 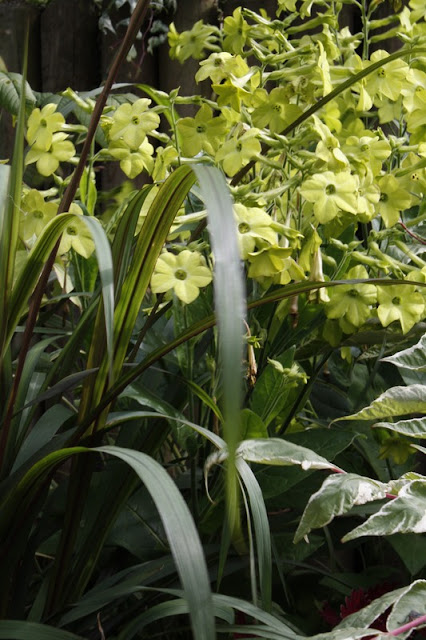 Now if you really want a green nicotiana, don't buy 'Lime Green' or other cultivars but try to find seed of Nicotinana langsdorfii. Fortunately this is another unimproved and graceful species with pretty real green, bell-shaped flowers. 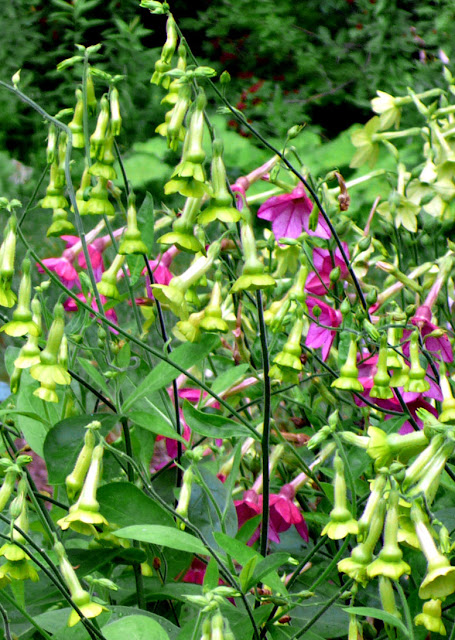 Just found this picture whilst I was looking for the others pictures. Nicotiana glauca, which also comes from South America but seems to be naturalised in various warm climates such as the Canary Isles.  In the picture its growing in a bit of rough ground near my winter home in Palm Springs. 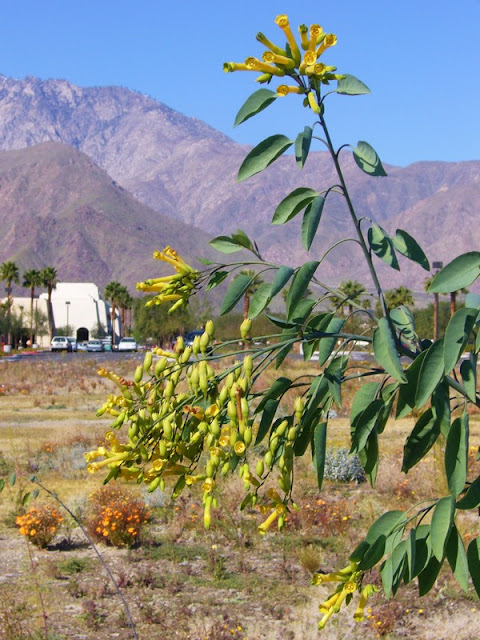