The chilling tale of the frozen horticulturalist!

I am slowly warming up again after a very chilly weekend in San Francisco. As I shivered under a thin duvet on a friend's couch,  I realised that I had not been so consistently cold since - (I do have a short memory) - my last trip to San Francisco! Will I never learn that San Fran, for all its so called mild climate is VERY much colder than Palm Springs? More clothes next time! I'll get to the horticulture in a minute but first a mild rant. 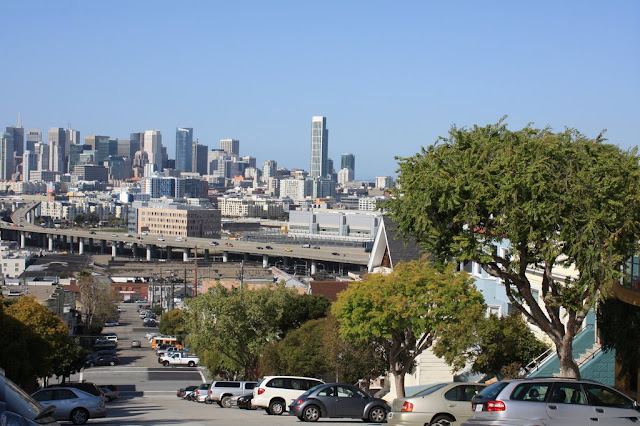 Hotel rooms were running at nearly $400 a night so I had opted to stay with a generous friend but despite his hospitality - many thanks Josip - I was not comfortable. The first night I was frozen in bed, the second night, I woke up with migraine, the third night I was woken by my host and his friends arriving back after a jolly night out  at 2am and 4am. (jolly = drunken!) The fourth night I ventured to the bathroom in the middle of the night for the inevitable comfort break (yes - its my age!) and nearly stood in a little gift the dog had kindly left on the mat by the toilet. If I am charitable I might say that the poor animal fell off the toilet seat but maybe not! I am glad to be back in Palm Springs, nicely sweating and sleeping in my own bed.


Whilst in San Francisco, I visited the  Botanic Garden in the Golden Gate Park. This extends to 55 acres divided into various geographic collections and themed gardens.  In the past I have been with Philip when visiting these gardens and although he's very patient, well fairly patient, I have always taken a lightening trip round, aware of him sitting on a bench waiting with his friend Kindle. This time I was able to take a leisurely trip round in the early morning sunshine and take hundreds of pictures, most of which I'll never use! Anyway - have a look at a few of the best - apologies if they seem disjointed - just plants or views that caught my eye as interesting! 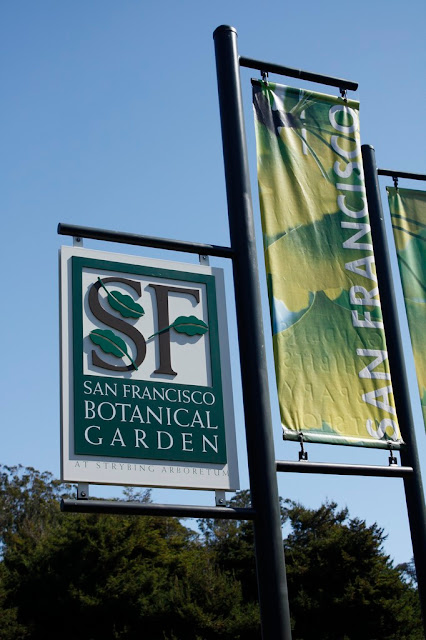 I also went out to the  Botanic Garden on the University of  California campus at Berkeley which I have also visited previously. This is an extensive and beautiful garden established in 1890 and extending to 34 acres. The garden contains over 20,000 different plants, all carefully labelled. The site in Strawberry Canyon is undulating and includes various hot slopes as well as cool moist valleys, making it possible to provide ideal conditions for desert plants from South Africa through to Asia's rhododendrons and so on. Now if you read my post a couple of weeks ago, you will know that I am not a great lover of things that jump, crawl or slither in the garden - yes I know I'm a big girl's blouse! Well I was trying not to respond too much as small lizards skittered over the paths in the midday sun but I did jump when a snake slithered away! It was only a small one but it was a snake not an earthworm! It left me rather jumpy!

Although I didn't walk the streets this time,  I must mention San Francisco's wonderful record with street tree planting, most of which is organised by The Friends of the Urban Forest. Over the years this organisation has planted thousands of trees in residential areas including some quite unusual species. This beautiful tree was growing just down the road from where I was staying.