Speak of the village show and I always remember that classic episode of the Vicar of Dibley! Flower shows all sound very British and rural,  conjuring up images of sunny days, prize marrows and ice creams on the village green. Sadly there are relatively few traditional village shows still running and I was therefore surprised to see a poster for a local  horticultural Show in nearby Gedling. This is one of the boroughs that make up Greater Nottingham and was once a thriving mining community, although the mine is of course no longer in existence, thanks to Maggie Thatcher. The show was held on the sportsfield  attached to the gym I attend, so all the more surprising I've not seen it before. It was advertised as the borough's largest horticultural show, although I don't know of any others! 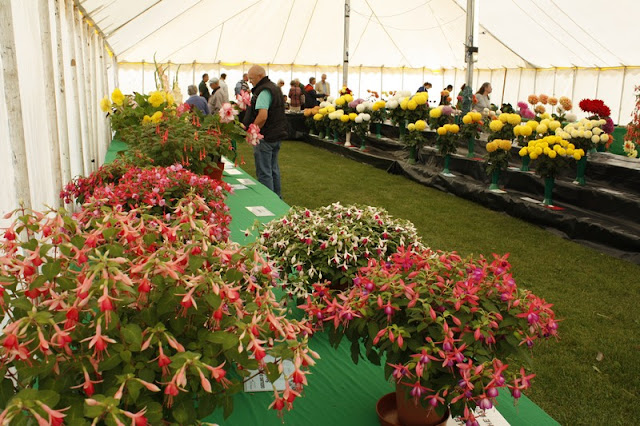 I guess such events don't change much and it took me back to my teenage years when I first grew so many plants with enthusiasm. I even grew some early chrysanthemums and entered them in the local show back in Felixstowe. I don't know whether they are still grown in the same way but in those days, (dare I admit, over 40 years ago), they were grown outside but the developing blooms were protected from the bud stage with blown up brown paper bags. On show staging day it was a critical moment,  when opening the bag to see if there was a pristine prize-winning bloom or whether mould and earwigs had wrecked the efforts. 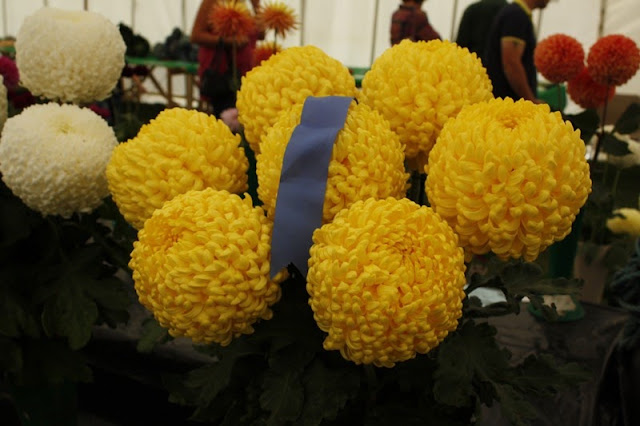 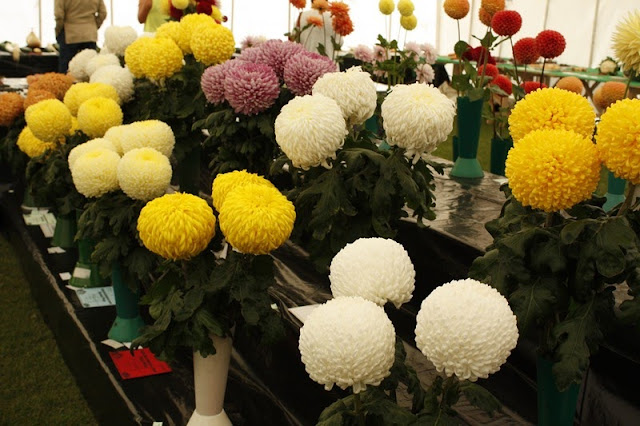 Dahlias have been much reviled in recent years but it is good to see them making a come-back as garden plants, in part due to influence from Christopher Lloyd. Dahlias also make excellent show plants where the skill of the grower results in impressive blooms. 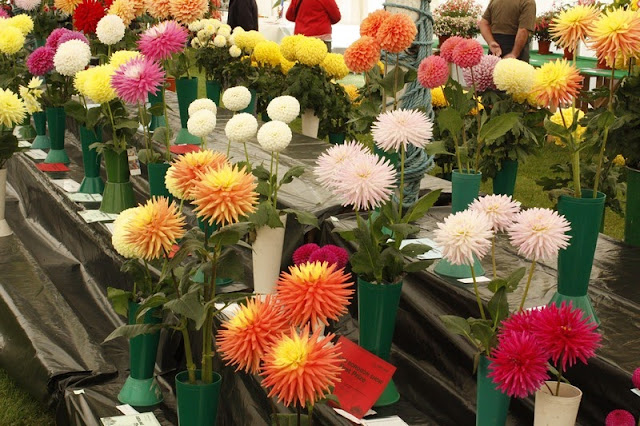 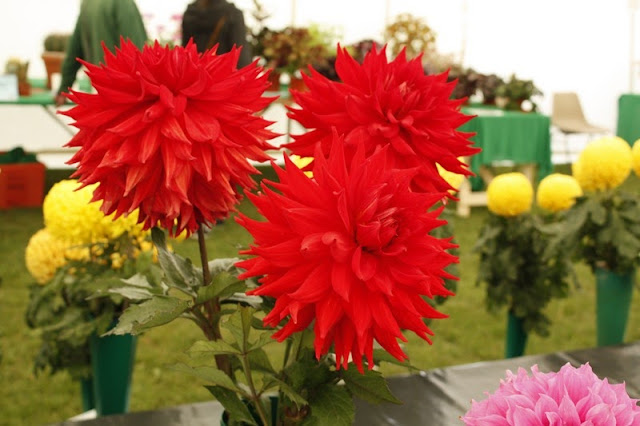 Inevitably there were also the giant vegetables, huge marrows (well done Vicar!), pot and traditional leeks, huge cabbages and perfect onions. I guess this year's warm summer aided in the growing of a plate of perfect peaches which won first prize in the stone fruit class. 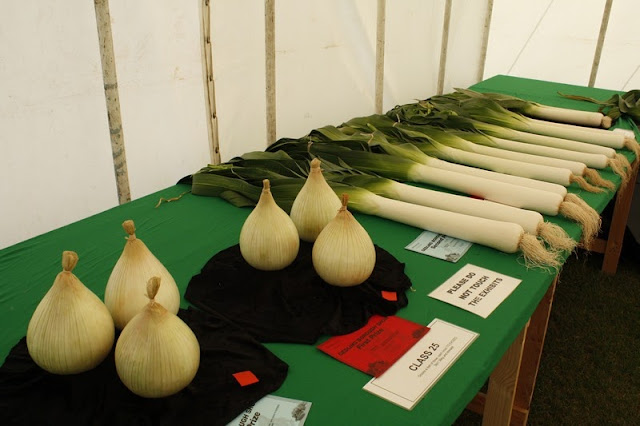 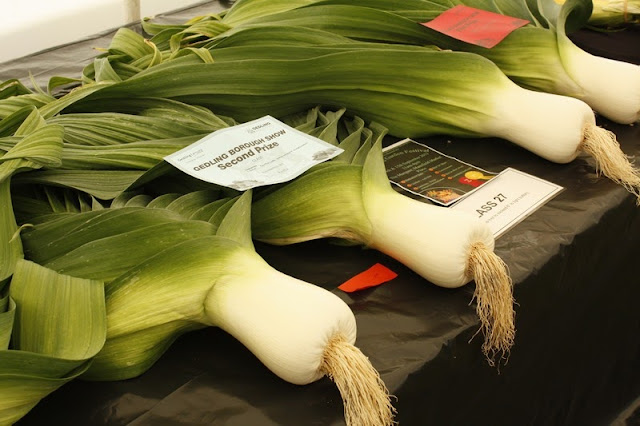 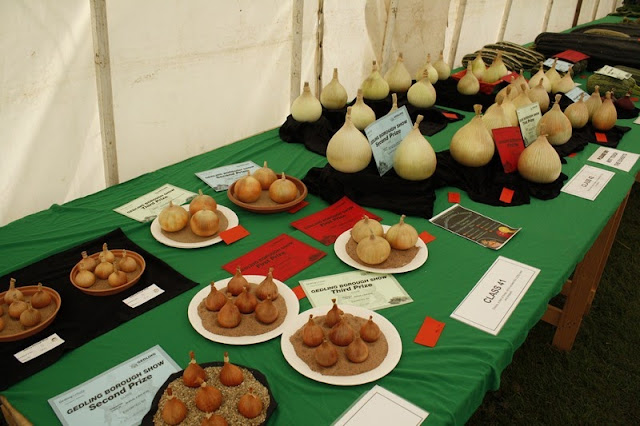 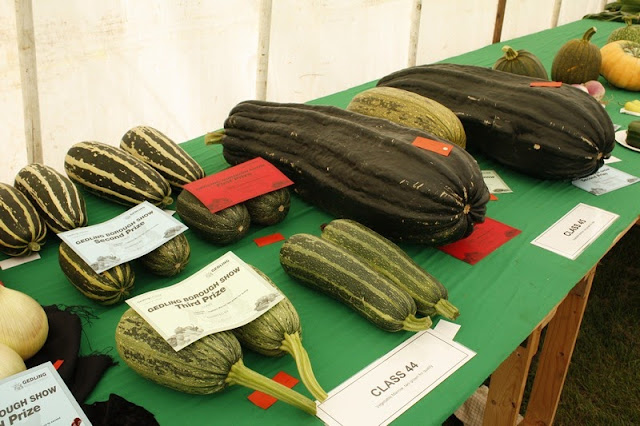 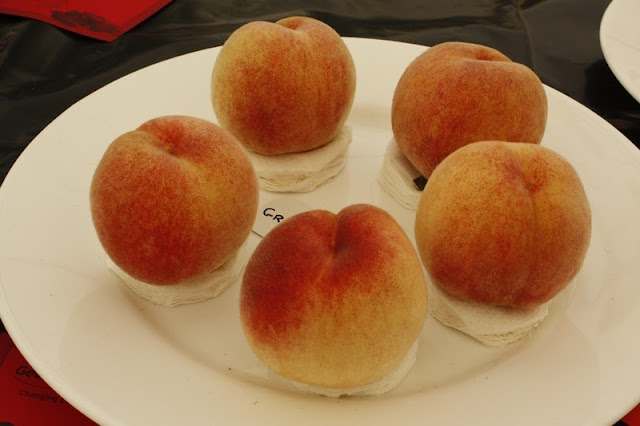 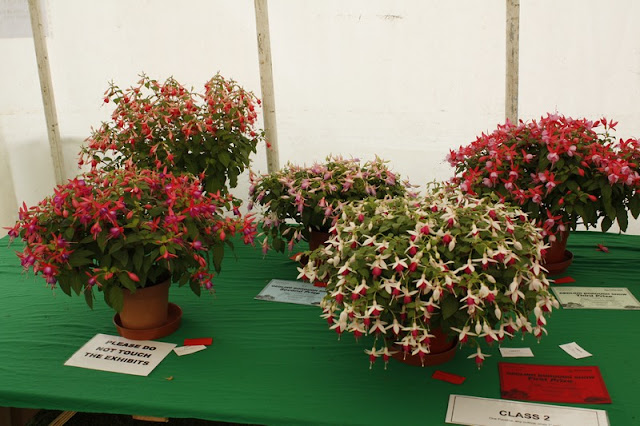 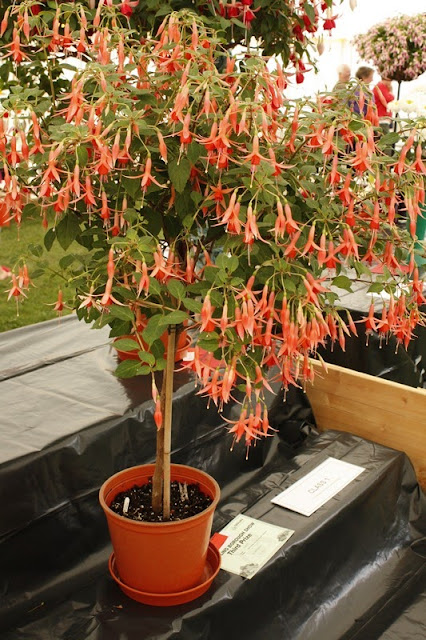 There were a few Victoria sponges, some pots of jam, and homemade wine but sadly not enough to fill more than a couple of tables. My attempt to see what a wine was made from was met with a sharp "don't touch" - I wasn't going to drink it! Sadly the rest of the show was little more than a car boot sale with assorted bric-a-brac - there weren't even any plant stalls! There was a fine display of vintage cars if you like that sort of thing, but why cars at a horticultural show? As far as I am concerned wheels are wheels! As long as it doesn't break down and has a boot (trunk) big enough to carry plants, then its all I need! 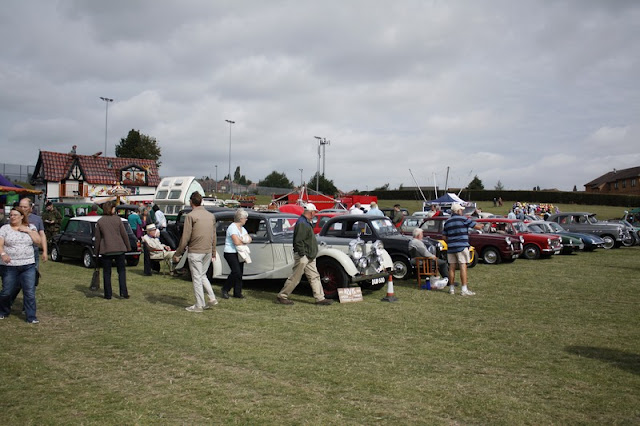