From the sunny Big Apple

We are now in New York en route to my other home in Palm Springs. About ten days ago, I met up again with Philip in Southampton prior to our cruise on the Queen Mary 2. It was slightly odd to start with having not seen Philip for seven months, almost strangers but having been partners for 18 years it was also very familiar! We soon settled in together and its great to know that we can be together again for at least six months or hopefully more this year.

The Queen Mary experience was again wonderful. Far too much lovely food, an excess of alcohol, some interesting talks, great entertainment, lovely live music, jogging on the deck, a floating gym and the warmth and relaxation of the health suite - its a tough life! There's not much horticultural content to a Cunard Cruise  - the yew hedges on deck are plastic! So forgive me for this rather general post but I'll try and throw in a few flowers and some fruit and veg!

One activity that I missed last year was the vegetable carving which I was determined to see this time. There were two chefs working and a third explaining how it all happened. These are primarily set pieces used to grace the tables and food displays. Bit of a waste really but quite fabulous. The art maximises the values and different colours within individual fruits and vegetables. So for example, a water melon has a green skin, a white layer beneath and then the red flesh and aubergine has purple skins and white flesh, cucumbers green and white and so on. It was great to see the two carvers at work. At one point a small creature had been made and the carver started making a hat from the stem tip of an aubergine but he was obviously not satisfied and  rejected it, fashioning one from a white radish - lovely to see him taking an evident pride in his work. 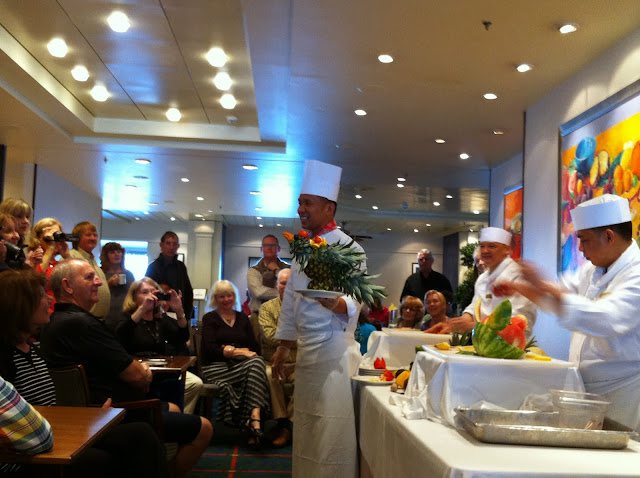 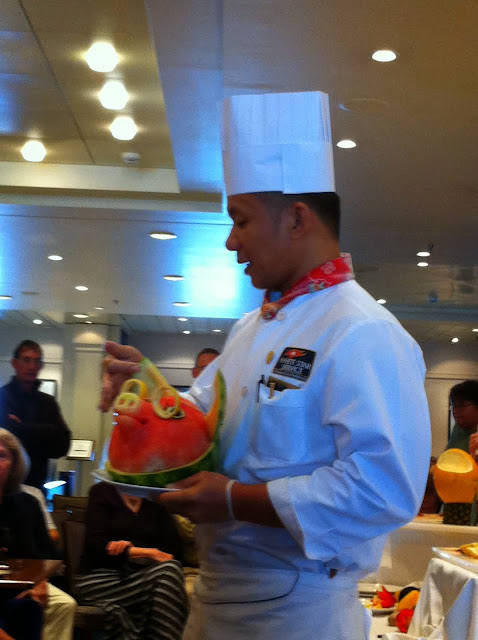 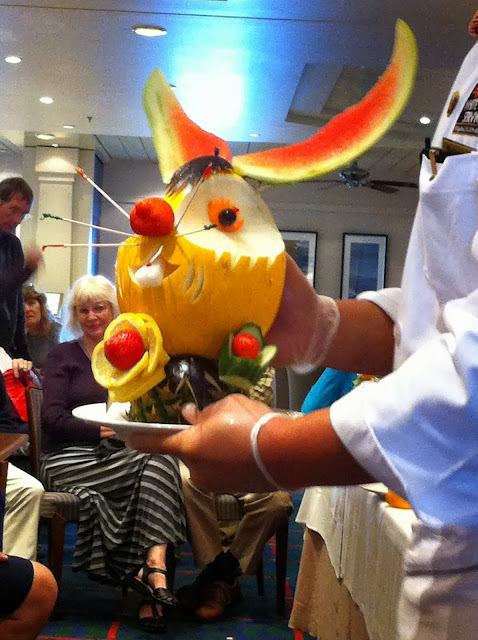 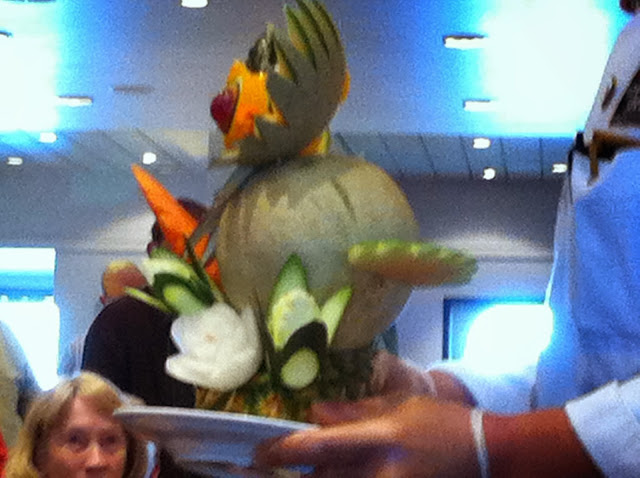 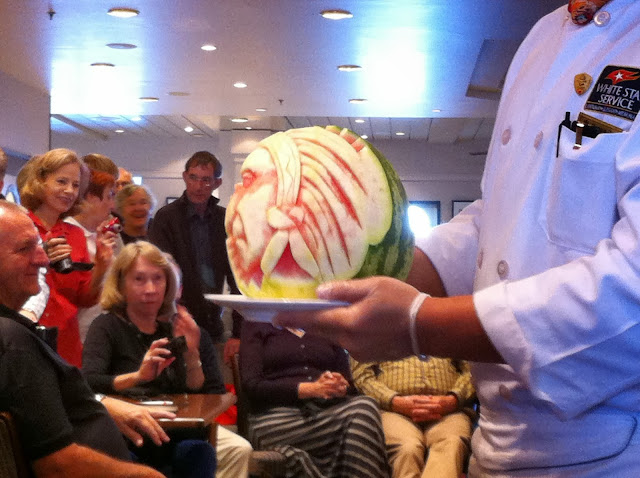 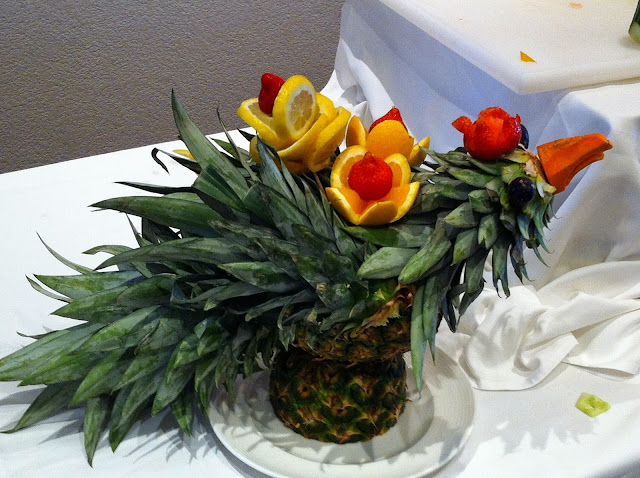 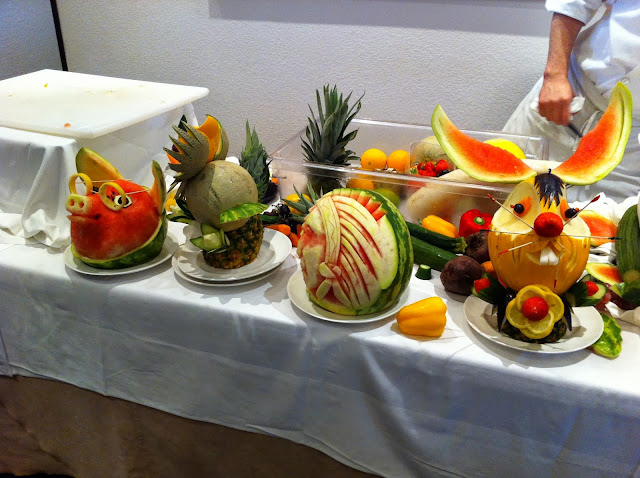 There were also beginner watercolour art classes available and I opted to join but asked  'do my own thing', as it gave me a space to paint. I have to say I didn't find the tutor helpful or inspiring. On the second day I opted to paint the sunflower project that the class was doing and was 'told off' for not doing it the tutor's way, given another sheet of paper and told to start again! It felt like being back in school! These are the pictures I completed on the voyage minus the sunflowers! 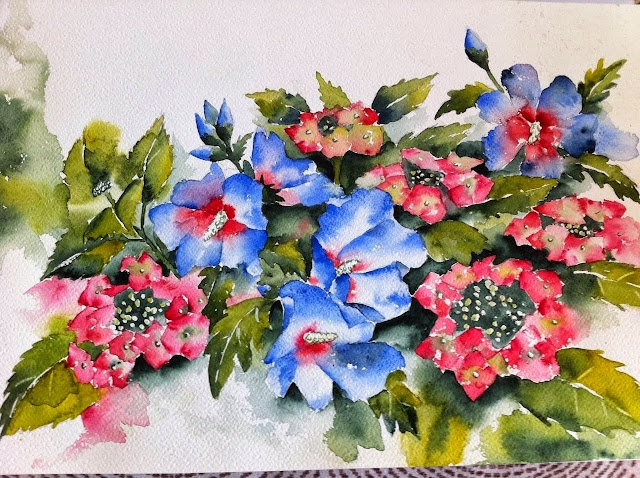 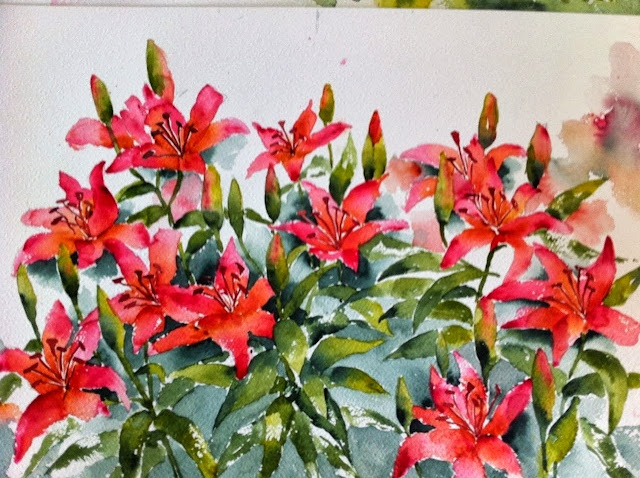 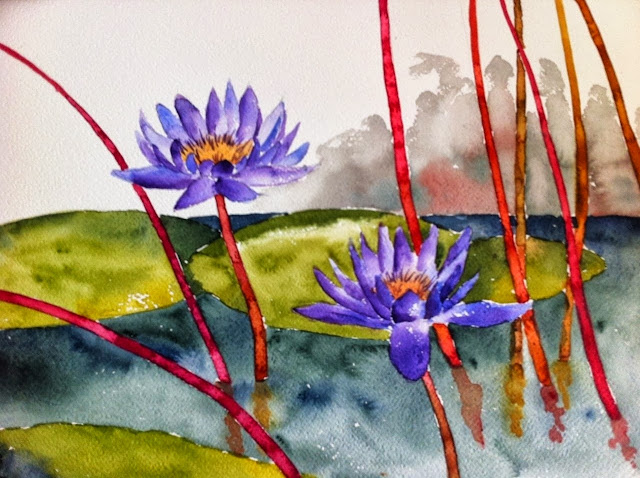 So after six wonderful days of luxury we docked in New York, so quietly and smoothly that we didn't feel a thing and woke up to a view of the New York skyline and the Statue of Liberty  in the early morning sunshine. Apologies for the quality of the pictures in this post - mostly taken with my iPhone. By the next post, we will be back in Palm Springs but I'll tell you all about our time in New York including a visit to the Botanic Gardens and the wonderful exhibition of Japanese trained chrysanthemums - exceptional! 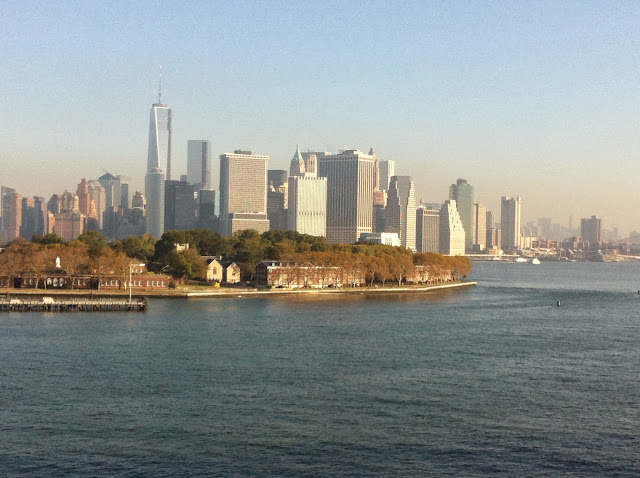 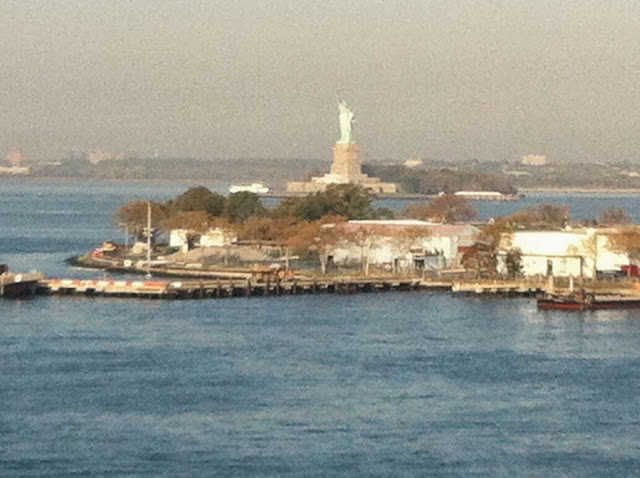