A much maligned plant

The pink powder puff plant is a common landscape plant, frequently planted in California but rarely seen at its best. It's a member of the pea family and originates from tropical areas of the Americas. Being evergreen and tall, it is often planted as a wall plant but then because of its rapid speed of growth, it is regularly and unremittingly trimmed, usually with hedgetrimmmers. The result is that although it forms a green wall, the pretty deep pink flowers rarely have a chance to develop. In our last home, we had two against the walls and although I trimmed them, I used to stop pruning around November and then by this time of the year, the beautiful reddish flowers would appear to the delight of the humming birds who appreciate them as much as we do. There is also a white form which is far less common. 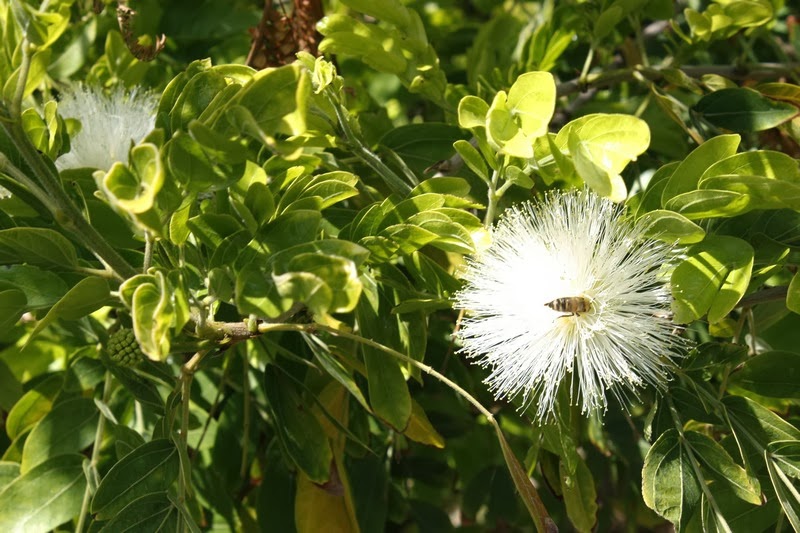 When we moved into our new property a year ago I was delighted to see that the neighbours had a hedge of this that topped their wall, allowing us the benefit of the fringe of evergreen foliage and flowers. Last year, just as it was flowering, I was horrified to see the gardeners one morning attacking the hedge and removing all growth and flowers - yes in full bloom! Why they do that I do not know but it regularly happens. The work stopped about 2/3 of the way down the hedge and we later discovered that the home owner had been equally horrified and stopped the work.


We were pleased therefore this year to see the hedge growing freely and flower buds forming. But it seems this hedge is doomed! Sadly in the last couple of weeks, the whole whole central section has become scorched and appears to be dying. I can only guess that something can contaminated the soil and killed this section - so sad! Just hope it hasn't seeped into our garden!