In pursuit of the humble root.

Once again my regular running route provided me with inspiration for this blog - roots although whether inspired or not is up to you!  I have many times passed an old property with Ficus roots that creep across the surface under the bushes like some scaly monster waiting to pounce. Yes imagination running away. Others are absolutely wrapped around the perimeter brick wall. Which all led me to think of roots, those all important parts of a plant which we so rarely see and are often forgotten or abused. When in my last job at the University, I was in constant battle with the engineers who felt it was fair game to dig through the roots of a tree to install pipes or cables - 'Oh are they important?' as they hacked through half the major roots of a tree! 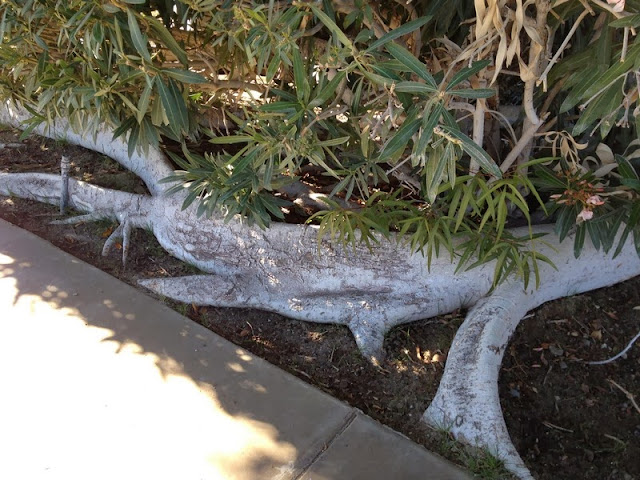 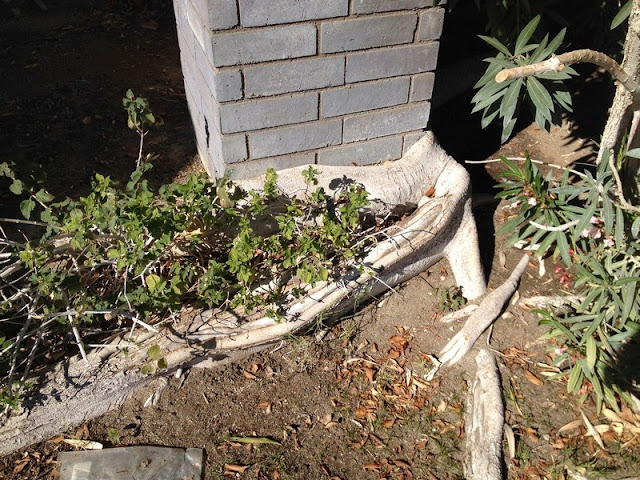 Last year's Chelsea Flower Show had an exhibit demonstrating the extensive nature of tree roots with a large tree suspended in mid air with its roots exposed and cleaned. Equally, every time their is a major storm, trees are uprooted and the immense size of their root plates exposed for the first time. 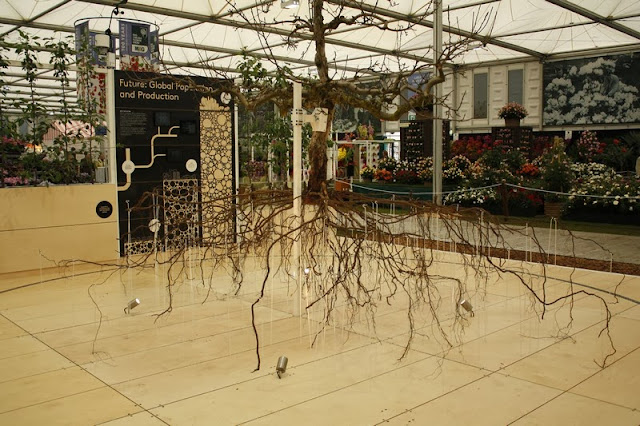 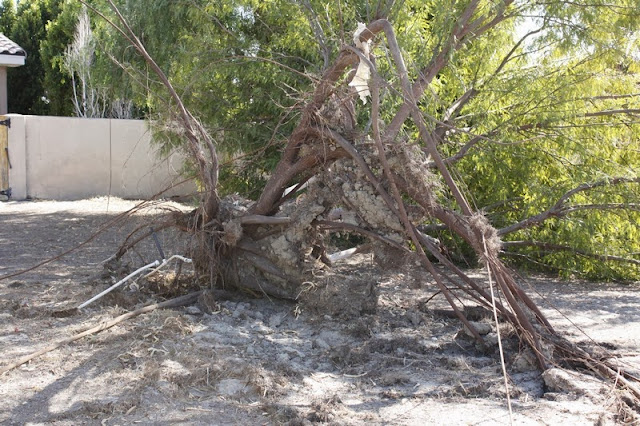 Sometimes roots can be visible and ornamental or just plain curious. The aerial roots of banyan trees are well know but less so the  pretty pink roots of  Metrosideros trees, seen in San Francisco. Old beech and yew trees will show immense roots buttresses and surface roots of enormous proportions.  Of course the roots that actually do the hard work absorbing water and nutrients are the tiny root hairs at the end of all roots. These feed into the larger roots which in turn connect with the rest of the plant via its stem or trunk.

Amazingly shoots of plants have the ability to produce new roots when in contact with the soil or moisture and this is of course the basis of propagation by cuttings or layering.
Roots are of course also valuable as food crops with everything from the humble sugar beet through to carrots, parsnips, beet and all the rest. And of course there are those patient individuals who can grow these simple vegetables into amazing, prize-winning show specimens. Sadly roots are not always so popular and with the wrong tree next to a building, serious subsidence can occur or blocked drains. Anyway spare a thought for the humble and often hidden root! 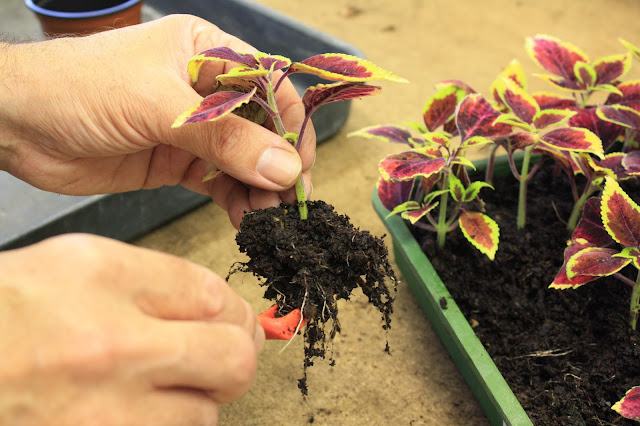 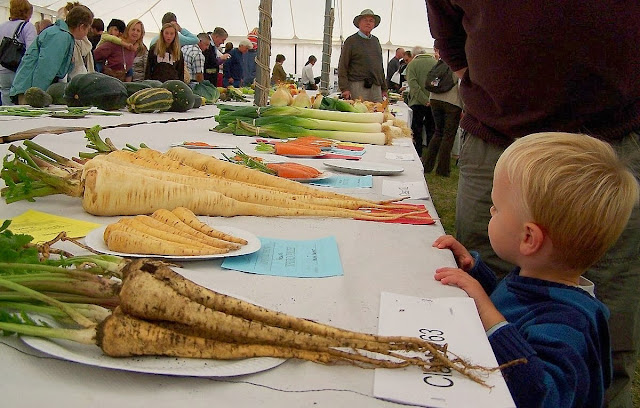 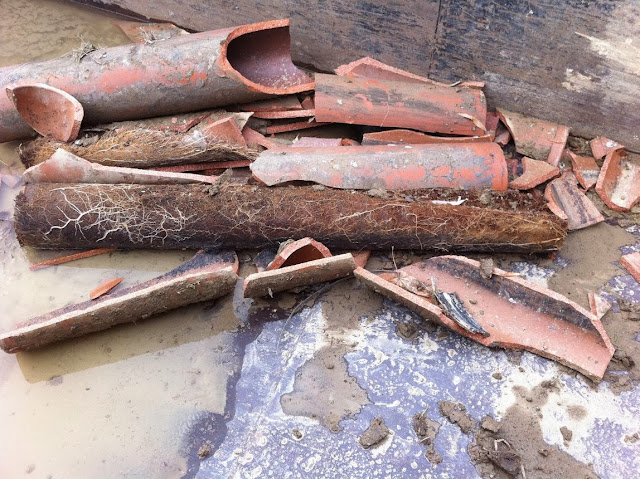